What were your symptoms that led you to need the hysterectomy?

Last year I had no control over my bladder and I was bleeding a lot… It got so bad that I felt the need to go to the bathroom every 10-15 minutes. I could be walking down the street and have to find a bathroom as quick as possible… I bought the pelvic ring and the Kegel balls to try and help but there was never any improvement. It felt like my pelvic floor was collapsing and I didn’t know what was going on.

It got so bad that I felt the need to go to the bathroom every 10-15 minutes.

Last March, I remember being in Abu Dhabi with Marion Murphy Cooney and we were both on the treadmill. Every 10 minutes I had to get off the treadmill to run in to the toilet… so Marion turned to me and said ‘Lisa, that’s not right! Will you go to the Doctor and have that checked…’ Fair deuce to her – every 2nd week after that she sent me a message asking had I been to the Doctor.

It was growing bigger and bigger and my stomach was looking so bloated despite exercising every day of the week. I couldn’t understand how my stomach and waist were getting bigger instead of smaller.

One night I was lying in bed with Chris and it looked like there was a foot sticking out of my stomach. I looked like I did when I was pregnant with Daragh! I looked at Chris and he looked at me and he said ‘that’s not right Lisa’. So I immediately made an appointment with the Mullingar Scan Clinic to get an ultrasound. (I had already been to my own Doctor 3 times and was told it was probably a hernia… but I knew my own body and I wasn’t happy with what the Doctor had suggested it was, so I wanted a second opinion).

Within 2 days, I got the Ultrasound appointment in Mullingar Scan Clinic. Paid them €150 for a visit… lay on the table and I clearly remember the person who took the Ultrasound saying to me ‘that’s a whopper!’ I didn’t know what she meant until she told me ‘you have a 10x11cm fibroid in there’. She said she couldn’t understand how a girl so slim was hiding it so much.

My lower back was curved (and it’s only since I got it removed that I can now lie flat on my back) because the fibroid was in there. The fibroid was getting so big and so heavy that it was pushing against my bladder all the time, so that’s why I had to go to the bathroom so often because my bladder didn’t really have enough space.

When I told Marion what was wrong, she said ‘it’s not like I didn’t tell you back in March’ 😉

Following the Ultrasound, I was sent to the Beacon for my MRI and within 3 days I had my procedure date. The day finally came when I was put to sleep for the surgery and a good few hours later I woke up and it was gone.

Here’s a few pics from the days after surgery… You know I keep it real girl, this was my reality of recovery… 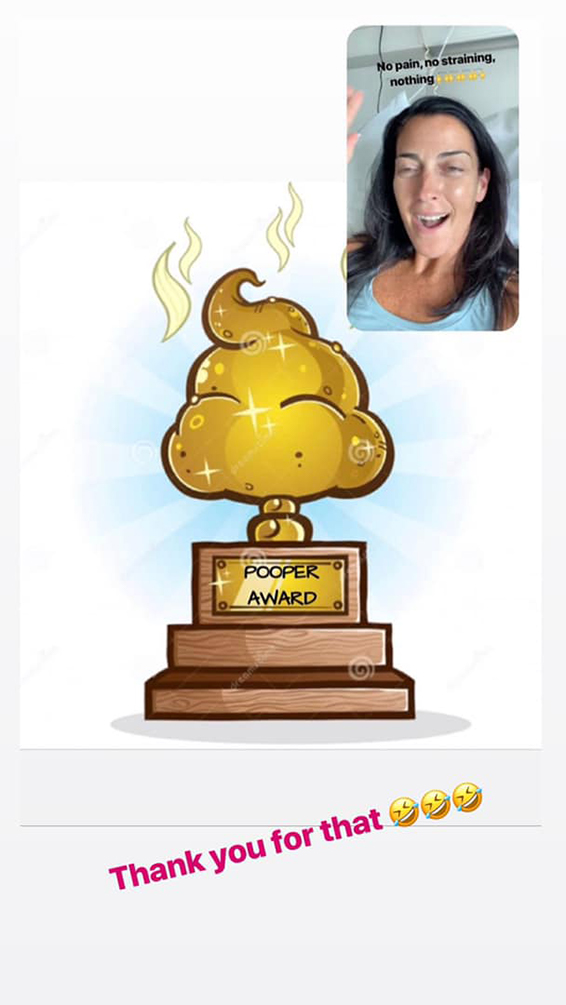 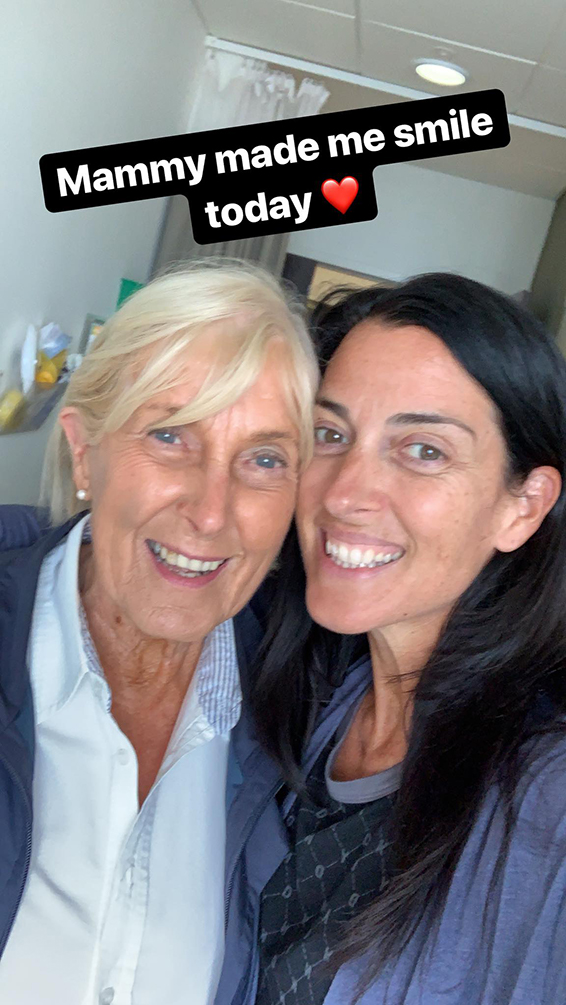 How did you feel about your diagnosis?

I was so relieved to finally know what was wrong with me and that there was going to be a solution. I couldn’t wait to have it done… I was 47, finished having children and all I wanted was to have my quality of life back.

Any tips that helped you with your recovery?

The most important thing for any woman going in for the same procedure or to have a baby is to practice your side planks. That was such a saviour for me getting in and out of bed. You’ve stitches and you can only get out of bed on your side so side planks were definitely my saviour. Lots of people can’t do them so I would encourage anyone to build up those muscles to help you help yourself.

Also Oonagh in Meaghers Pharmacy sent me such good advice at the time that I took a screenshot of it and shared with my followers… I’ve been asked for it many times since, so for anyone interested, here they are:

How does it feel now?

Perfect, thank God… I probably only have to go to the toilet now twice a day – it’s great! I’m not in any pain… You wouldn’t know that I’ve had a hysterectomy, except for my scar. I’m back in my gym classes lifting weights, back in my pump classes, I’m back in my spin classes… I can’t run yet because my pelvic floor isn’t strong enough yet but I will, please God, eventually get back running.

Would you recommend to other women to get a second opinion when they don’t feel improvements?

YES! I had gone to my Doctor looking for help three times, and I was advised that it may be a hernia… a fibroid was never mentioned. I knew in my own mind there was something wrong. Everyone knows their own body, so if you think there is something else going on, go and get a second opinion like I did.

How would someone go about getting a second opinion?

I knew I was going to find out with an Ultrasound what was in there. The minute I had the Ultrasound I saw exactly what was happening in there so for me it was the best €150 I ever spent. I had my result there and then and I knew going home what the next step was. I have my quality of life back as a result and I’m so glad I went and had the Ultrasound.

Devote Time to You

The Importance of Finding Balance this January

How to Make Your Supplement Work Best for You